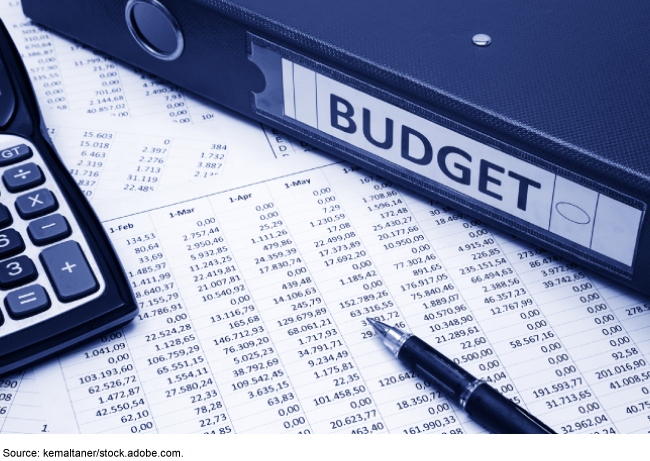 Financial Management: DOE and NNSA Have Opportunity to Improve Management of Deferred Balances

By: Linda A. Richardson
In: Financial management

What the GAO found

The Department of Energy’s (DOE) Office of Environmental Management (EM) and the National Nuclear Security Administration (NNSA) oversee the cleanup of former DOE sites and the operation of the Nuclear Security Enterprise, respectively. Most of the funds that Congress appropriates for EM and NNSA remain available for obligation until spent (costed). Unobligated or costed balances can generally be carried forward to future years, but these deferred balances can accumulate beyond the minimum necessary to support programs, tying up resources that could be used for other purposes.

GAO reviewed five areas related to the management of balances reported by EM and NNSA:

Budget structures and budget execution process. EM and NNSA execute funds in accordance with Congressional direction which structures their appropriations into programs, projects, and activities (PPAs). However, the increasing length of continuing resolutions has affected the ability of EM and NNSA to effectively execute funds and has contributed to the accumulation of deferred balances beyond what might be expected.

Amounts and ages of balances carried over to the end of the 2021 financial year. EM had about $3.2 billion in total deferred balances, and NNSA had about $10.9 billion. While the majority of these balances have been made available until spent, only 1.4% of the total $14.1 billion was allocated more than 5 years ago, indicating that the MA and NNSA generally ensured that old funds were spent before new funds.

Practices for identifying unquantified balances that warrant further investigation, and the amounts of those balances at the end of fiscal year 2021. The DOE and NNSA have used benchmarks, or thresholds, since 1996 to monitor unnumbered balances of operating activities. DOE documents indicate that year-end balances above these thresholds warrant further investigation. At the end of fiscal 2021, EM and NNSA had approximately $3.5 billion of these uncosted balances. EM and NNSA also had $3.1 billion in uncosted balances for line item construction projects. However, according to the DOE, substation construction projects are not subject to the thresholds and must be reviewed on a case-by-case basis.

Factors of unquantified balances exceeding thresholds and actions taken to manage these balances. A number of factors contribute to unquantified balances exceeding thresholds. Certain factors, such as continuous resolutions or larger credits than requested, can fully explain a surplus balance. However, others, such as unforeseen changes in the scope of work or difficulties or delays in program execution, may not fully explain an excess balance. EM and NNSA periodically review these balances and have sometimes taken steps to manage them, such as seeking to reprogram excess funds to PPAs most in need, reducing future year budget requests, and modifying the scope of the contract.

The thresholds serve as tools to monitor DOE’s financial performance. Therefore, it is important that the thresholds function effectively as indicators to identify balances that warrant further investigation and that the DOE clearly documents guidelines for their use.

Why GAO Did This Study

Congress has demanded that the DOE report publicly on deferred balances and has shown interest in understanding how the DOE identifies and monitors these balances. A committee report accompanying the Senate bill for the National Defense Authorization Act for fiscal year 2021 included a provision for the GAO to review the management of carry-forward balances by EM and NNSA.

GAO reviewed budget execution and financial management documents from DOE and NNSA and analyzed financial data at the end of the 2021 fiscal year for each EM allotment account and the activity allotment accounts. armament and nuclear non-proliferation defense of the NNSA. GAO interviewed agency officials about how EM and NNSA manage uncosted excess balances and consider them when developing future funding requests.