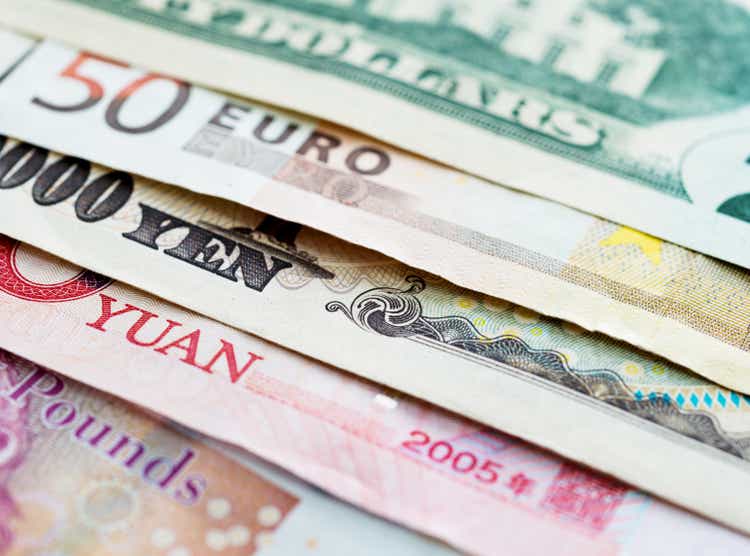 My previous update for NOAH published late last year explained how the company’s financial performance in the third quarter of 2021 was negatively affected by higher hiring costs.

In this final article, my attention turns to potential catalysts for Noah Holdings, namely the expected resumption of dividend payments next year and the expected conversion of the primary listing in Hong Kong.

NOAH’s stock price performance has been poor and its current valuations are depressed.

In terms of valuations, NOAH is currently trading at 4.9x next 12-month normalized P/E and 0.80x next P/B, according to valuation data from S&P Capital IQ.

In the next two sections of the article, I identify two key re-evaluation catalysts for NOAH.

Noah Holdings revealed last month that “the board of directors has approved and adopted” a “dividend policy” under which the company will pay out at least “10% of the Group’s non-GAAP net income attributable to shareholders of the Previous exercice”. NOAH also mentioned during the company’s last investor briefing in the second quarter of 2022 that this new dividend policy will come into effect from April 2023.

Since the company’s IPO on the New York Stock Exchange in November 2010, NOAH has only paid dividends twice in 2012 and 2013, respectively. As Noah Holdings launched a new dividend policy, sell-side analysts began incorporating dividend forecasts into their financial projections for NOAH.

Based on market consensus estimates from S&P Capital IQ, NOAH is offering decent consensus dividend yields for fiscal 2023 and 2024 of 1.5% and 1.9%, respectively. It is reasonable to assume that there is a degree of conservatism associated with these dividend forecasts since NOAH has not yet implemented the dividend policy – ie declaring the first dividend. As such, Noah Holdings’ actual dividends could be higher. A further increase in NOAH’s dividend payout ratio should not be ruled out in the medium to long term either.

Noah Holdings may have been shunned by investors who placed a heavy emphasis on good capital allocation in the past, as the company failed to return excess capital to its shareholders. On the other hand, NOAH certainly didn’t find favor with income-oriented investors, given that it suspended dividends after 2013.

The new dividend policy could potentially be a game-changer for NOAH.

Income-oriented investors could put Noah Holdings back on their watchlists. Notably, NOAH had stressed during its second quarter 2022 earnings call that it “aims to deliver stable and sustainable returns to the company’s shareholders.” The words “stable” and “sustainable” indicate a lower risk of dividend cuts, which could make NOAH more attractive to some dividend investors looking for stocks that offer safe and consistent dividend payouts.

Separately, Noah Holdings could have been penalized by some investors for accumulating too much excess capital and scoring poorly on the capital allocation measure. As such, NOAH’s decision to initiate a new dividend policy is a step in the right direction from a capital allocation perspective, which will eventually lead to a narrowing of the valuation discount assigned to its shares. . In addition, the payment of dividends will help to reduce NOAH’s capital base and to some extent increase its future capital returns, which could be another factor in reassessing the valuation of Noah Holdings.

In the next section, I discuss another major factor that has weighed on NOAH’s stock price lately, and outline how things might be different going forward.

Earlier on April 13, 2022, NOAH issued a press release revealing that its ADSs or US Depositary Shares were at risk of being “delisted from the New York Stock Exchange in early 2024” under the Foreign Company Liability Act. . As outlined in this press release, Noah Holdings will not be able to trade its shares in the United States in the future unless “the PCAOB (Public Company Accounting Oversight Board) is able to conduct a full inspection of the auditor of the company within the required deadlines”. “

But there have been some positive developments on that front over the past month. A recent August 30, 2022 Looking for new Alphas The article notes that Alibaba (BABA) and some other U.S.-listed Chinese companies “will be subject to audit inspections next month (September 2022).” China previously did not allow Chinese companies listed in the United States to undergo audit inspections by the PCAOB, but that is expected to change after the two countries reached an agreement last month.

Even assuming the worst-case scenario where audit inspections for China’s top group of US-listed companies don’t go well and Noah Holdings is delisted from the US in two years, all is not well. not lost. NOAH issued an announcement on August 10, 2022, noting that the company “will continue primary listing (conversion of existing secondary listing) on ​​the Stock Exchange of Hong Kong Limited.” Noah Holdings called it a move “to further address radiation pressure” in its last quarterly earnings call.

There are three key positives associated with a successful primary listing for Noah Holdings in Hong Kong. First, NOAH will be a dual-listed company, so investors will still be able to trade Hong Kong-listed shares of Noah Holdings going forward assuming it is forced to delist from the NYSE. Second, Noah Holdings has a new venue to raise capital to fund future growth plans, if needed. Third, Hong Kong-listed NOAH shares may be able to achieve a higher valuation multiple as China-focused investors have a better understanding of the company, which could also drive US-listed shares higher. -United.

Noah Holdings deserves a buy rating. The company’s shares are cheap and its valuations could benefit from a revaluation due to its new dividend policy and positive developments related to the delisting issue.